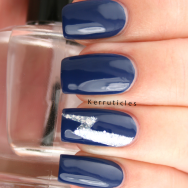 It’s Migraine Awareness Week this week in the UK, and there’s a series of events being held by The Migraine Trust to encourage more people to find out more about migraine.

I didn’t realise that migraine was quite so widespread. According to The Migraine Trust:

Migraine is a neurological disorder that affects eight million Britons and causes an estimated 190,000 attacks per day in the UK. It is more prevalent than diabetes, epilepsy and asthma combined. Each year migraine costs 25 million working and school days and £2.25 billion to the British economy.

I suffer from migraine. I get aura headaches. I really don’t like the visual disturbances at all. They’re quite scary even though I know what to expect of them. The headache itself is pretty bad but it only lasts about 4 or 5 hours and is just about manageable with painkillers. I’m lucky that my headache doesn’t last too long and doesn’t impair daily life too much. I feel sorry for people whose headaches last for days, or those who vomit or need to withdraw to a darkened room and sleep. Strangely, I often find the following day to be worse, when the postdrome hits. That’s the after-effects stage of migraine. It leaves me feeling tired, lethargic and washed out; I have trouble concentrating and thinking clearly, and I experience stomach pains and scalp tenderness.

My son has also recently been diagnosed with migraine; abdominal migraine though. For the last few years, he’s been having 5-day episodes of severe stomach pains after eating that just couldn’t be attributed to anything in particular. I swung between being hugely sympathetic when he was in abject pain, to disbelieving him when he bounced back to life for a few hours in between eating. My husband and I agonised over what could be causing it. Was it school stress? A food allergy? Was he not drinking enough? We were helpless to do anything for him apart from give comfort and pain killers and every time it happened we said we’d take him to the doctor. But by the time a particular episode had resolved, we seemed to forget about it … until the next time. Eventually though, we did go, and he’s been diagnosed with abdominal migraine. There’s a chance it will go away as he gets older. But there’s also a chance that he will go on to develop full-blown head migraines like me.

So, as a sufferer, with a son who suffers too, I wanted to do my little bit to raise awareness of migraine by creating a manicure during Migraine Awareness Week.

I used my base of Christian Louboutin Wherever and added a silver lightning bolt using asymmetrically placed French tip guides and Ciaté Locket. My migraines come on as fast as lightning, and they feel like lightning has struck my head, so it seemed an appropriate image. The Christian Louboutin blue matches the colour of The Migraine Trust’s website.

I would have preferred these if the zig (or is it the zag?) of the lightning bolt was more centrally placed. I think it’s a bit too far down the nail. But I’m just being picky and perfectionist!

Love it. I have a sense that lightening may be striking later for me…. You described so much of what is familiar, the day after is worse now for me too

My son has also had abdominal migraine so I understand the agony you feel as a parent and the awful feeling of not being able to help when you child is in such pain.