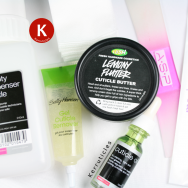 We’ve started this as a new feature on the British Nail Bloggers Facebook group I belong to. Basically, once a fortnight (or so), each of us that wants to take part answers some questions on nails or blogging. Then we all link into each others’ posts.

So, this is the first feature and is all about our nail care routines.

My routine is pretty straightforward. These are some of the products I use:

When I change my manicure midweek, I don’t typically have time to do much more than remove my polish and have a quick tidy up of my nails with a file it they need them, then put on a new polish.I use pure acetone – which I decant into one of these empty pump bottles (1). I bought this bottle from a local Sally store for £4.99 and it’s great. You just flip open the lid, then with a lint-free wipe (2) you push down on the dispenser and it wets the pad. It’s great because it only needs one hand and there’s no worry about knocking hte bottle over and spilling harmful acetone all over the place.

If my nails need tidying up, I use my glass nail file (3) – also from Sallys (I bought a lot of the staples there when I first got into doing my nails).

I make sure to use cuticle oil as much as I can. This oil (4) came from Sally’s too. I can’t quite describe the smell – but I love it. I also have some jojoba oil into which I’ve put some drops of essential oil. It’s supposed to be better absorbed by the skin, but I haven’t used it long enough yet to know if it’s better. And I prefer the smell of this. I keep it on my desk and put a drop on each nail a couple of times a day, sometimes leaving it, and sometimes rubbing it into my nails and fingertips.

A couple of times a week when I remember, usually in the evenings when I’m watching TV, I’ll rub in some Lush Lemony Flutter Cuticle Butter (5). It smells lovely and lemony.

Once a week, at the weekend, when I have more time, I spend a bit more time on my nails, perhaps filing them and removing the cuticles. I use Sally Hansen Gel Cuticle Remover (6), which I bought in Superdrug. You put it around the edges of the cuticles, then leave for a few minutes before scraping off the cuticle, and pushing them back a bit with an orange stick (7). These ones came from Boots, but you can get them everywhere: in chemists, online and pound shops.

That’s pretty much what I typically do for my nails – except when I break one – but maybe that will be another article for another day!

We practically use the same stuff lol. I love Sally’s for all the little bits and bobs. I need to get my post up soon, although I may as well just point readers here haha 😛 x

I need a trip to Sally’s soon to stock up on a few things. Will have to be blinkered though as I am on a no-buy.

You must put yours up – I want to see how similar it is!

Ah, I hadn’t thought about looking in my Sally’s for anything other than polish, usually I just have a quick look at the polish offers and leave. Will have to be a bit more thorough when I next go!

My local Sally’s only has China Glaze, OPI and Nina anyway. So I always spend too long in the other aisles!