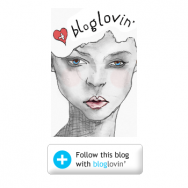 It was announced this week that Google Reader is going to be retired. I was really disappointed with this and signed a petition to try to keep it. I expect that Google won’t be reversing its decision though, however many signatures the petition gets (it’s at 115k as I write) so I looked around for a replacement.

As soon as the news was public, blog posts about suitable RSS readers seemed to be springing up everywhere, so I had plenty of suggestions to look at.

I tried Feedly, which imported my feeds from Google Reader, but I didn’t like how it arranged the posts. I just want a simple reader that sorts all my feeds into groups, and then by date. But Feedly arranges the feeds in magazine style pages.

Then I tried Rolio. It also allowed me to import all my feeds from Googe Reader, and I quite liked the layout. But it didn’t show the full blog post in the feed, so I would have had to click on each one individually to read them. Also, arranging my feeds into groups (nails, marketing, groups for each of my clients, etc) was really time-consuming and confusing, so I gave up on Rolio.

Then I noticed that some nails people I follow began tweeting about their blogs now being on Bloglovin’. I’ve had my own blog listed on Bloglovin’ for some time now, and I was following some blogs on it, but I just always preferred Google as my reader, so hadn’t really considered it as an alternative.

But when I took a closer look, I really quite liked it. I started by importing my feeds from Google Reader. It was very quick and easy. Then I had to sort and organise them. This did take quite a while – not least because I follow several hundred feeds – but also because it is a manual process. However, it was much less confusing than Rolio, so I stuck with it.

On using it, at first glance it looked like I would once again have to click on each individual feed. But I discovered a setting that allows you to read the posts within a frame. So with this set, I just click on an unread post, then click on “oldest” in the top Bloglovin’ frame. Then I can click through all my unread posts within that group by clicking “newer” until I’ve read them all. I can also change to a different group of posts.

Reading in a frame actually gives a superior experience to Google Reader because it allows me to see the full blog page. I can then better recall who posted that blog and can get more of a flavour about them from their website. It’s also much easier to comment as you can do so without having to open the post in a new window. I don’t know if it also registers as a page view for that person’s website, but my guess would be yes, which again is a bonus over Google Reader.

Bloglovin’ has an iPhone app too, but as I’m a die-hard Android fan, I can’t really comment on it. I do hope that they release an Android app soon though.

All in all, I’m quite happy with the move to Bloglovin’. If you’re on there too, you can add my blog by simply clicking on the Bloglovin’ icon below – or on the right hand side of any page of my website – it’s the white plus symbol on a blue background.

I’m still looking around for one similar to google reader, I hate change lol. Apparently ‘the old reader’ is supposed to be good and based off the old google reader, but you get put in a queue for importing all your feeds so I’ve yet to try it!!